The duo appreciates the unconformities in Philippe Leroux and Philippe Hurel’s writing processes by highlighting their own singular and distinct way of working on virtuosity within a chamber music duo. 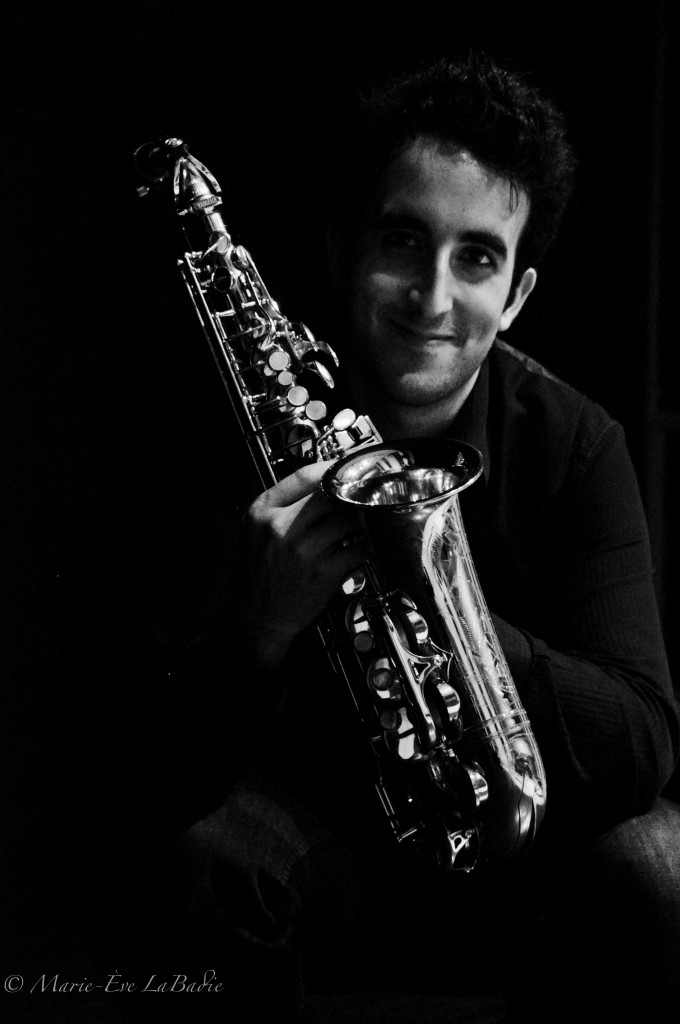 The first collaboration of Louis-Philippe Bonin and David Therrien-Brongo occured in 2013 at the ”Montreal Contemporary Music Laboratory”, a one-week event of composition and performance workshops that explore, celebrate and create links between composers and performers committed in the creation of new music. After receiving acclaim for their performance, David and Louis-Philippe decided to join their talents once more to explore in more depth the great quality of the saxophone and percussion contemporary repertoire.

They had the great opportunity to shape their musical symbiosis with conductor Cristian Gort (Montreal University) and Philippe Leroux (Mcgill University). The name of the duo is a tribute to the piece AIRS by M.Leroux.

Duo AIRS strives to promote the music of saxophone and percussion while also stimulating the writing of new repertoire of emerging and established composers.

As a duo, we hope that we can bring this unique instrumentation to a new platform, and although infrequently performed, this instrumentation already holds several high caliber (notable) works amongst its collection of modern and audacious music. Both being young instruments, we believe that composers will be drawn to develop their combined sonorities and musical textures.

The two composers featured in our program share many commonalities. It is important to note the influence that spectral music had on their writing, specifically the work of Gérard Grisey whom they both wrote a tribute work. In addition, they have both contributed important solo works for saxophone and percussion and continue to do so today. Putting all the common points between these two works aside, we appreciate the unconformities in their writing processes by highlighting their own singular and distinct way of working on virtuosity within a chamber music duo.

In “AIRS” by Philippe Leroux, and like in many other of his works, the composer works on an “inside virtuosity” by taking a specific sound as its starting point. In a continuous motion, it evolves through the process of stretching, phasing, and breaking down the musical material. The sound of the duo is constantly forged in a whole: Leroux seeks to unify the heterogeneous, to find the motion that will unify all the musical elements. In “À Bâtons Rompus” by Philippe Hurel, the music is virtuosically expressed through a series of dynamic exchanges. With closely linked and articulated patterns, the complex rhythmic energy of the music propels the interpreters through a state of tension.

Different yet complementary, we are delighted to defend these exciting works. Duo AIRS would like to thank Strasbourg for the the opportunity to introduce great music of the French contemporary repertoire to both saxophonists and audiences alike.