The Saxophone Ensemble of the Conservatoire de Paris are performing a new piece by the composer Benjamin Attahir and another piece in contrasting style and period. 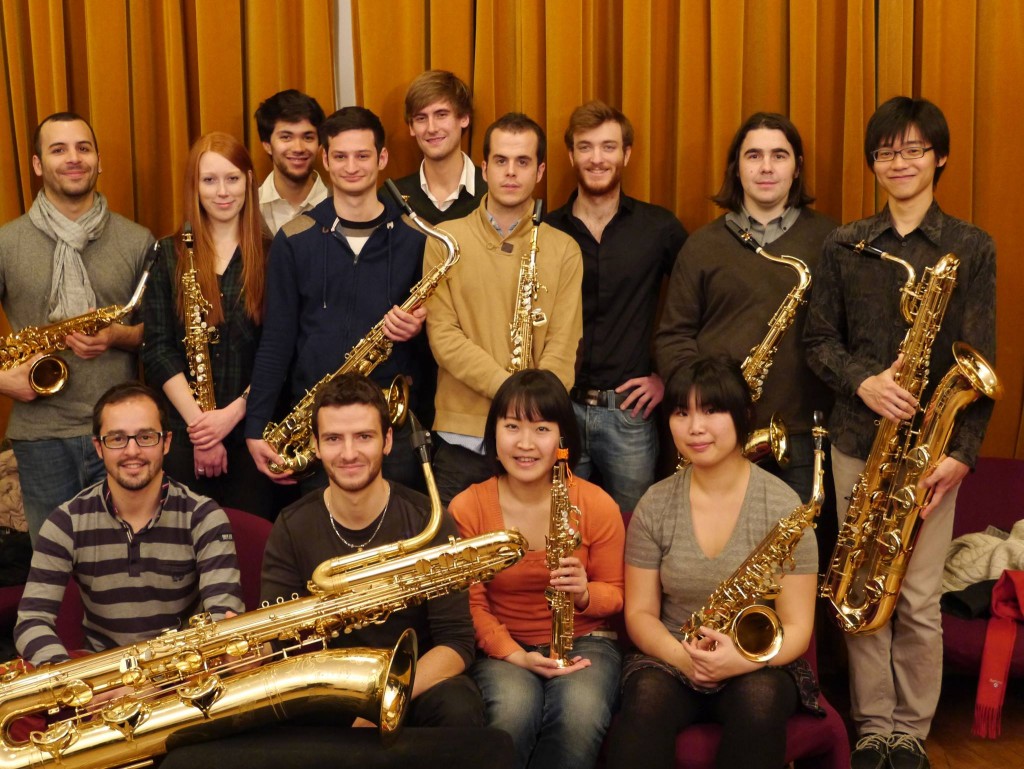 The saxophone ensemble gives concert into the conservatory and outside during all the year. There will be a special event for the inauguration of the new Philharmonie de Paris and the anniversary of Adolphe Sax in January.